x Thank you for submitting an inquiry. We will get back to you as soon as we can.
x

Rise from Marrakech to the mountains on a full-day trip to Atlas Mountains. Enjoy an unencumbered walk from Magdaz through a series of high passes that gives you a vivid glimpse of life in isolated Berber communities. 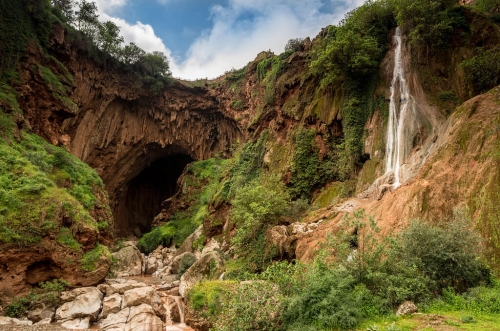 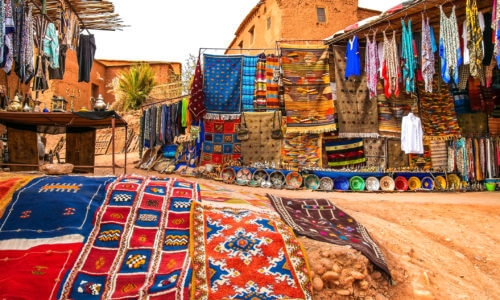 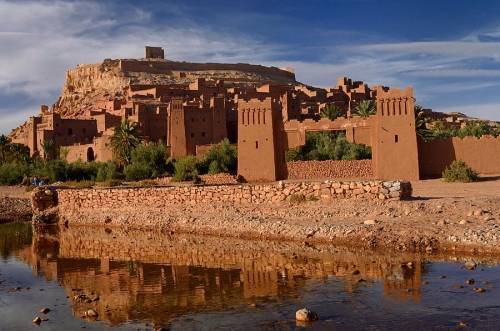 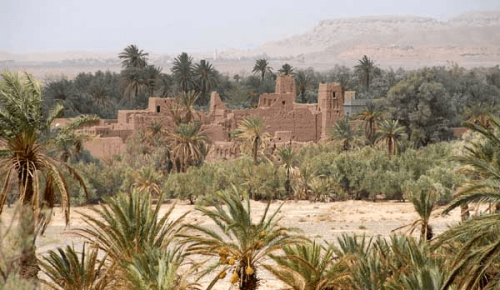 Just 6km east of Demnate along the R307 is Imi n'Ifri (‘Grotto’s Mouth’ in Berber), a natural travertine bridge that formed over a gorge 1.8 million years ago. The two sides of the bridge are said to represent two local lovers whose families kept them apart, so this Romeo and Juliet held hands and turned to stone.

Ifni, former North African enclave of Spain and now part of the southwestern region of Morocco along the Atlantic coast. An arid semidesert region of mountains and coastal plain, Ifni was first settled in 1476 by Diego García de Herrera.

Megdaz is a village in the Atlas Mountains known for its high-altitude setting, and distinct architecture of Morocco. The High Atlas (as they are also known) are the highest mountain range in North Africa, often called “the roof of Morocco.”

Skoura is the first stop on the 1,000 kasbahs road between Ouarzazate and Tafilalet. According to legend, it was founded in the 12th century under the Almohad dynasty. Skoura is one of Morocco’s beautiful oases and it offers weary travelers a chance to rest their weary feet and enjoy the abundance of nature. The source of Skoura’s natural wealth is two seasonal rivers which feed the vegetation in the area. Yet this is not the only reason why people come here. Visitors travel from far away to come and view the rather impressive 17th century Amerhidl Kasbah.

Ouarzazate has stood at the edge of the Sahara desert for hundreds of years. A city of palm trees, sandy streets and blocky, fort-like buildings, this is the Morocco seen in a hundred movies. The name Ouarzazate, comes from the Amazigh for ‘quiet place’, and compared to many of its fellow Moroccan towns and cities, there is a certain calm to be found here. Inside its walls you’ll find new hotels and complexes, plus film studios which have made the most of their photogenic location. Outside the city is the reason most people come to Ouarzazate: the stunning Sahara. Take a trek out to the nearby villages and kasbahs, see the breathtaking Todra Gorge, and marvel at one of the world’s great natural wonders.

Located thirty kilometers from the center of Ouarzazate in southeastern Morocco, Ait Benhaddou village is mostly known for its palace, the Ait Benhaddou Palace or Ksar Ait Benhaddou (designated by UNESCO in 1987 as a world heritage), one of Morocco’s most gorgeous historical monuments. Built ten centuries ago, Ksar Ait Benhaddou stands in an outstanding nature surrounded by a dense vegetation of palmiers and overlooking arid mountains.

Thank you for travelling with Marrakech Sahara Trips a professional travel company in Morocco. This tour may be modified depends on your travel plans. Let us know in advance and contact us for all details.

Before using google maps you must go to Google maps api console and get an api key. After you do, please proceed to Appearance -> Theme options -> Configuration settings and enter your key in the field labeled "Google maps api key"